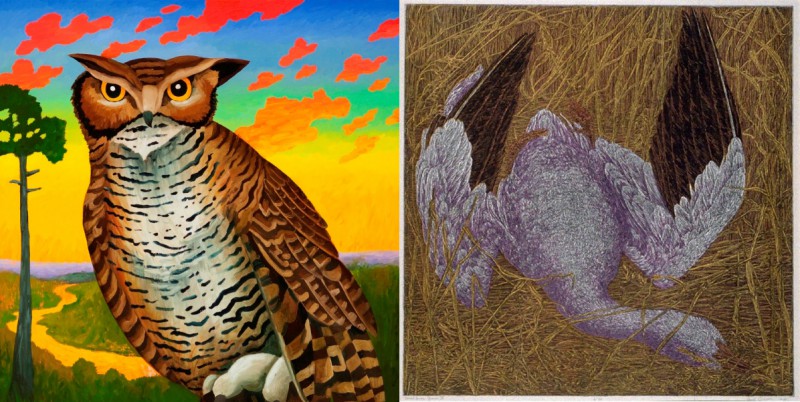 A special thank you to our Lead Exhibition Sponsor:

Texas Critters, a group exhibition featuring Texas art icons from the 1930’s to the present

~ In memory of Nona Norsworthy Barrett

Janet Turner: Expressive Symbolism, original prints of the flora and fauna of the Gulf Coast

Beyond the Surface: Land Stewardship of Texas, photographs by John Bunker Sands and David Keith Sands

An opening reception will be held Saturday, September 6, 2014 from 6:00pm to 8:00pm at The McKinney Avenue Contemporary, located at 3120 McKinney Avenue, in the Uptown District of Dallas.

Texas Critters, a group exhibition featuring Texas art icons from the 1930’s to the present, opens at The McKinney Avenue Contemporary (The MAC) on Saturday, September 6 and runs through Saturday, October 25, 2014. In addition to artwork by modern and contemporary artists, Texas Critters will showcase paintings of birds, fish, reptiles, insects, and other animals created by members of the famous Dallas Nine, a group of painters, printmakers and sculptors active in the 1930’s and early 1940’s in Dallas. Seminal members of the group included Otis M. Dozier, William Lester and Everett Spruce. The exhibition will also feature artists still working in the Dallas area today such as David Bates and Billy Hassell. The exhibition will be presented in the Large Gallery.
~ In memory of Nona Norsworthy Barrett 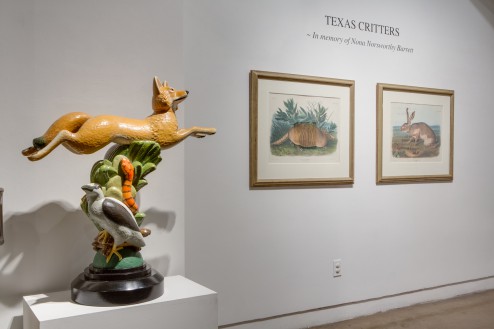 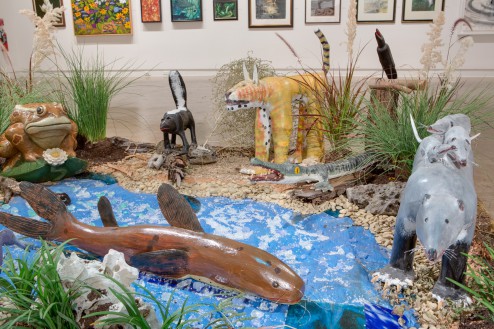 Texas Critters will also feature a solo exhibition of work by Janet Turner, one of Texas’ most distinguished painters, educators and printmakers. A former professor at Stephen F. Austin University in Nacogdoches, Turner won the Guggenheim Award in 1952, allowing her to travel the Gulf Coast. There she studied flora and fauna, and experimented with combining serigraphy with linoleum block printing. Janet Turner: Expressive Symbolism will be on view in the Square Gallery. 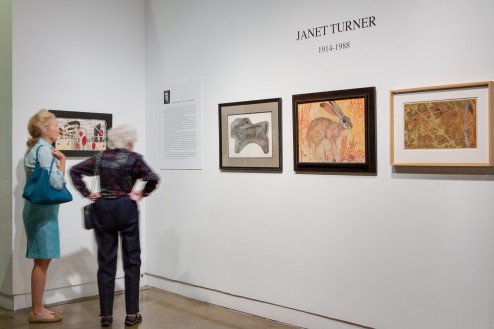 On display in the New Works Space will be an exhibition of Beyond the Surface: Land Stewardship of Texas. This photographic exhibit will convey the captivating story of land stewardship of Texas in front and behind the lenses of John BunkerSands and David Keith Sands.  The Sands brothers had a deep love of the outdoors and documented numerous conservation efforts on the lands they held dear to their hearts.  The history of their efforts spans from Rosewood Ranches to the modern day East Fork Wetland Project.  Original maps, drawings and photographs tell the historical aspects of wetlands, ranches and wild spaces in-between.  The flourish of the present day landscapes will round out the exhibit with remarkable photographs taken from the East Fork Wetland Project.  This exhibit will help to raise awareness of water and wildlife conservation of the most beautiful and unique Wetland in Texas through the Sands’ artful lenses. 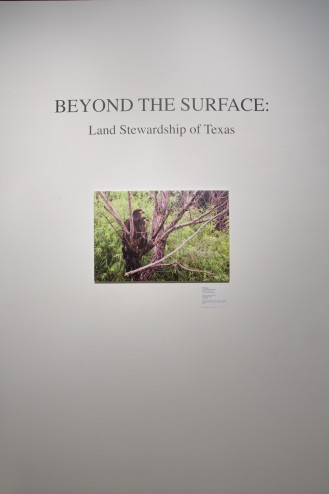 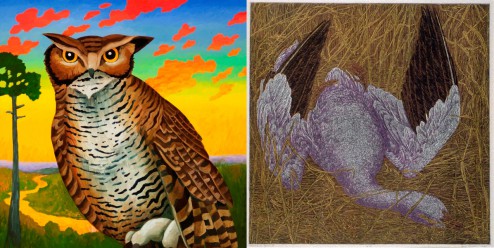