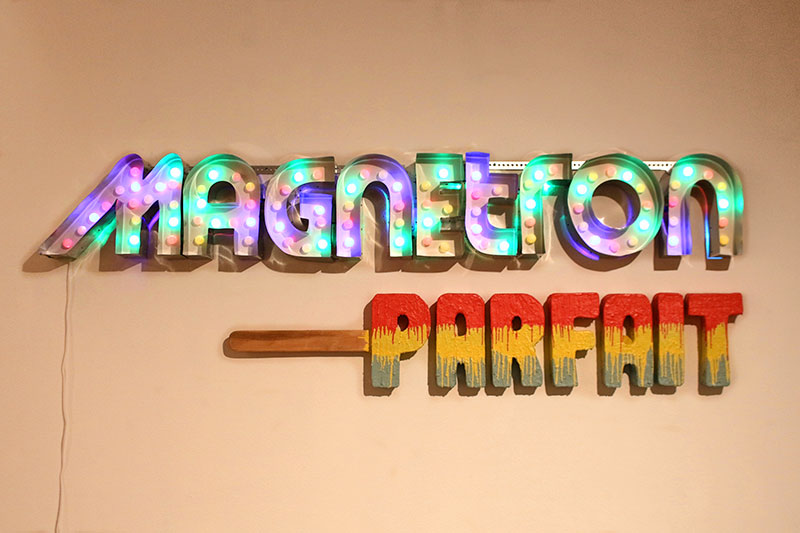 Please join The MAC for an Art Talk with Chuck & George in conjunction with their current exhibition Chuck and George: Magnetron Parfait…Beware!.

Brian and Brian will by joined by British artist, curator and critic K. Yoland.

The talk will include both a gallery discussion and a talk in Heldt-Hall Theater.

Chuck & George’s work is most often autobiographical. They state: “Our interests are revealed through the exploited humor and beauty of ourselves and loved ones. We shamelessly admit to using this unflattering portraiture as a way to explore our vision of reality, and of course admit to using mockery as a devise. The artistic exploration begins with the identification of a theme and the investigation of it with various forms of media, usually painting, printmaking, sculpture, animation and ‘constructions’. With these tools, we approach our subject as something to be promoted, similar to an advertising campaign, or a public health service. Common threads throughout our career is storytelling, 80′s pop songs, vintage television, kittens, comics, art history, domesticity, childhood, love and violence.”

Joining Brian K. Jones and Brian K Scott, the artists of Chuck & George, will be K. Yoland – artist, photographer, video and performance artist and curator. Yoland is currently artist-in-residence at CentralTrak (http://www.centraltrak.net/profiles/k-yoland/). The British artist first experienced Texas by way of a two-year residence in Marfa, Texas and working at Marfa Public Radio.
Read more about her at her website, http://www.kyoland.com/