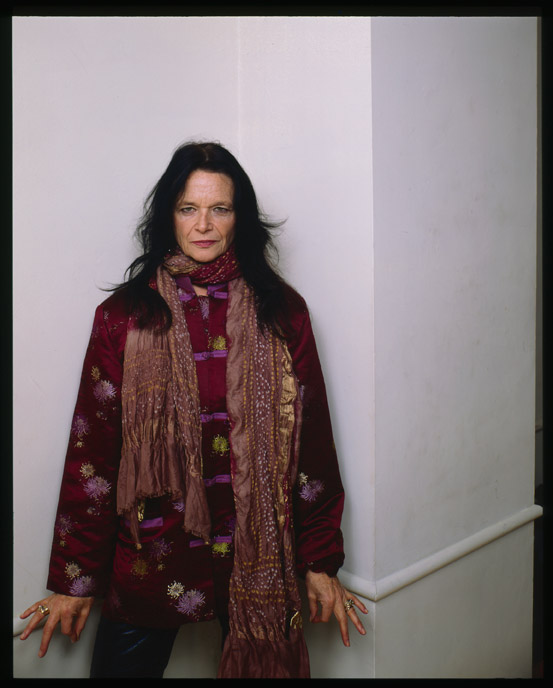 Suitable for All Ages

A prominent figure in the beat poetry generation, Anne Waldman grew up on MacDougal Street in New York City. From 1966 until 1978 she ran the St. Mark’s Poetry Project, reading with fellow poets such as Allen Ginsberg and Gregory Corso. Immediately following her departure from St. Mark’s, she and Ginsberg founded the Jack Kerouac School of Disembodied Poetics at the Naropa Institute in Boulder, Colorado. With her little pinky finger she ran an innovative and historic writing program with an ongoing visiting faculty of Allen, William Burroughs, Gregory Corso, Peter Orlovsky, Ken Kesey, Peter Matthiessen, Abbie Hoffman, Gary Snyder, Robert Creeley, JoAnne Kyger and Bobbie Louise Hawkins–to name a few.

She is a Chancellor of the American Academy of Poets and the author of over 40 books and small press editions of poetry and poetics, including, most recently, Gossamurmur(Penguin, 2013); The Iovis Trilogy: Colors in the Mechanism of Concealment (Coffee House Press, 2011), a 700-page epic poem 30 years in the making. She is the Distinguished Professor of Poetics at Naropa University.

Read an interview with Anne Waldman over @ Rain Taxi.
Vist her website to learn more & watch/listen videos/audios of her performances here.

About WordSpace:
WordSpace is a non-profit literary organization that supports education and writers, connecting Dallas with the best of world literature. Founded in 1994, the organization hosts authors, readings, student workshops, concerts and salons to promote established and emerging artists who use imaginative language in traditional and experimental forms. Through diverse, multi-cultural programs, WordSpace enhances the development of language artists of all ages, facilitates communication throughout the literary community, and contributes to expanding the Dallas literary scene to the widest possible audience.

The MAC, and our 2014/15 Art Talk Series, is supported in part by the City of Dallas Office of Cultural Affairs.