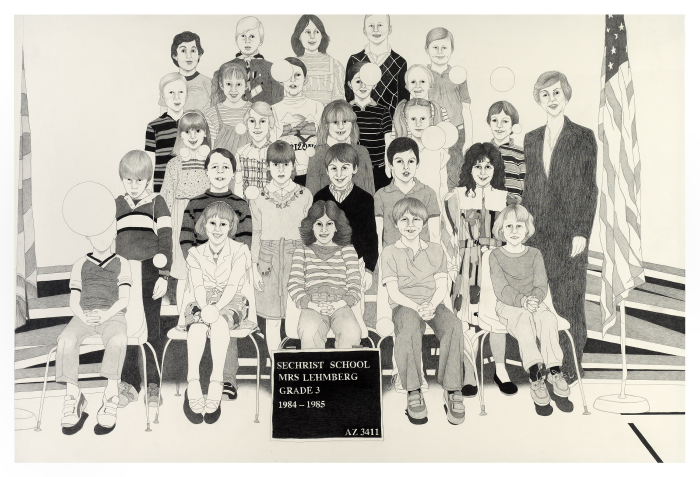 Life and Death, an exhibition of drawings by Michael Bise, features a selection of works, some of which are new and previously unexhibited drawings, created within the last five years of the artist’s career. Bise is known for creating large scale graphite drawings that pull from personal experiences. The drawings in Life and Death deal with a range of subject matter from larger cultural realities to personal memories and hurdles. Also included in the exhibition will be Chapters one through three of Bise’s series Life on the List, an autobiographical comic about life on the heart transplant list. Life on the List was created in 2011 for the Glasstire Drawing Project.

Michael Bise currently lives and works in Houston, Texas. He received his Bachelor of Fine Arts in drawing and painting at the University of North Texas in 2001 and his Masters of Fine Art in drawing and painting at the University of Houston in 2005. In 2012, Bise received the Hunting Art Prize and was nominated for the Texas Contemporary Award. Recently, Bise exhibited Epilogues at Fort Worth Contemporary Arts at Texas Christian University, curated by Christina Rees. Bise has had numerous solo exhibitions at Moody Gallery, Houston since 2005. Bise has work in the public collections of the Museum of Fine Arts, Houston and the Piggozi Collection in New York, New York. Michael Bise is represented by Moody Gallery, Houston, Texas.