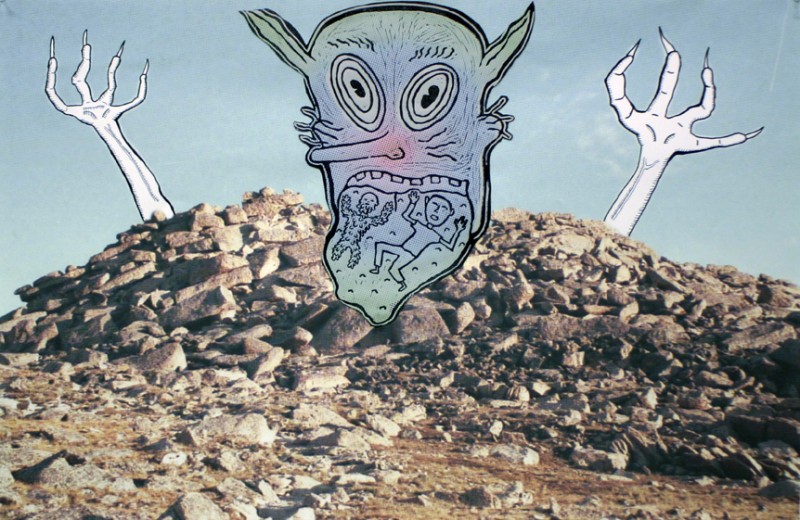 The upcoming exhibition at Mercantile Coffee House is Subconscious Emanations by Josh Banks. Josh Banks is a Denton based artist studying printmaking at the University of North Texas. Banks has exhibited in numerous spaces in Denton and Dallas. He was recently accepted into the “500XPO 2012” at 500X Gallery. He has also participated in the “Fresh Meat” College Expo at 500X Gallery and “New Texas Talent Show XVIII” at Craighead Green Gallery. Additionally, Banks has participated in “Surreal Salon IV” at the Baton Rouge Center for Contemporary Art, in Baton Rouge, LA.

In Subconscious Emanations, Banks seeks to reverse the roles of civilized humans with wild animals to investigate how appearance shapes identity. By juxtaposing characters with objects and environments, Banks creates a narrative of a bizarre, deceptive world where the vanity of man is fragile. In the midst of absurd chaos, man’s self-glorifying delusions become explicit. Printmaking is the primary medium in Subconscious Emanations, which creates unique graphic qualities and raises possibilities for wider dissemination.

The opening reception will be on March 1 from 6:00 – 7:30pm. Josh Banks: Subconscious Emanations will be on view at Mercantile Coffee House through March 31.