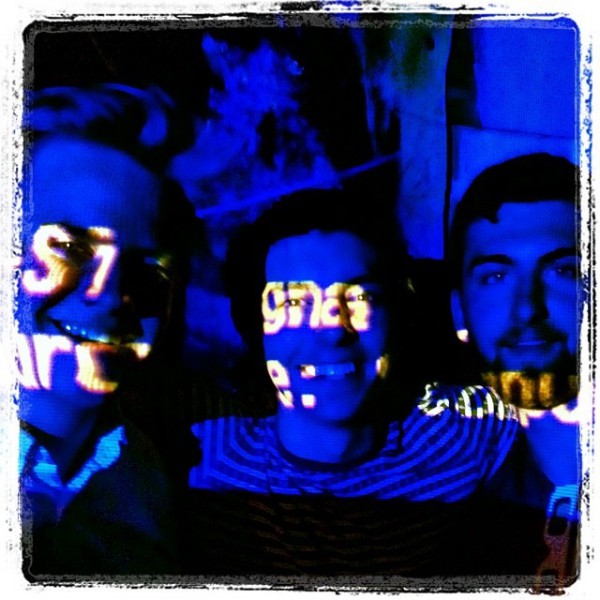 The MAC in Partnership with
Booker T. Washington High School for the Performing and Visual Arts
Is Pleased to Present MediaGala,
a One-Night-Only Event and Exhibition
Saturday, June 10, 7-11

FREE and Open to the Public

The MAC in partnership with Booker T Washington High School for the Performing and Visual Arts is pleased to present MediaGala, a new media public art installation by BTWHSPVA students, led by Niloo Jalilvand. MediaGala is a one-night-only event, Saturday, June 10, 7-11 pm with musical performances beginning at 8, and light bites dished out by Street’s Fine Chicken throughout the evening. MediaGala is an end-of-year celebration for high school filmmakers who participated in the 2017 Pegasus Film Festival and open to the public. The MAC’s outdoor green space will feature BTWHSPVA Film and Video Club student-produced video art that reflects on the societal and cultural influence of news media.

Booker T. Washington HSPVA “provide[s] intensive training in the arts and academics”. Arts Magnet prepares students to attend college, conservatory or to enter the professional field. The dynamic and constantly evolving curriculum prepares students to explore an artistic career. Since its inception the school has garnered 18 presidential scholars and 194 DeeBee awards sponsored by Downbeat Magazine – a total unmatched by any institution, college or university in the country. The National Foundation for Advancement in the Arts named BTWHSPVA as one of five Distinguished Schools in the Arts. BTWHSPVA’s distinguished faculty includes Fulbright Scholars, a Christa McAuliffe Fellow, a National Tandy Technology Scholar, a TI STEM Grant teacher, National Board certified teachers and several Surdna Fellows. The school’s dual emphasis on arts and academics consistently produces a stellar list of graduates. Among those are Grammy winners such as R&B vocalist Erykah Badu, jazz singer Norah Jones, jazz trumpeter Roy Hargrove, members of the gospel group God’s Property, and Brave Combo. Other notable alums include dancer Jay Franke, Philadelphia Orchestra cellist John Koen, visual artists Christian Schumann and Chris Arnold, drummer Aaron Comess, and Edie Brickell of the New Bohemians. In 2008, a brand new $47 million state-of-the-art facility designed by nationally-recognized architect, Brad Cleopfil, was completed. The main building, incorporated as an historical landmark, has been preserved.

The Film & Video Club (FVC) was formed by Niloo Jalilvand, faculty sponsor, and Henry Minor, first student president, in 2001. Club members showcased their videos at the Deep Ellum Film Festival that same year. FVC has been participating in local film festivals every year since then. FVC has grown from 5 members to 65 + members. The club is for those who love to make movies or to watch movies. FVC has an online social network community of students and production professionals who exchange ideas and mentor each other for projects and inspiration.

Niloo Jalilvand is a mathematician and a multimedia artist who has shown her work at the MAC, Dallas Contemporary, 500 X, The Kettle, Aurora and more. She spent her childhood in Iran, as a child of celebrated actors. This upbringing fostered her abiding love for cinema. At age 10 she attended boarding school in London and later moved to the United States, earning her B.S. with a double major in Mathematics and Studio Arts from Texas A&M and later an M.A. in Art and Technology from the University of Texas at Dallas. Currently, Jalilvand is both the Mathematics Chair and Film and Video Arts Director at nationally recognized Booker T. Washington HSPVA, producing her student’s short films and winning multiple film festival awards nationwide. She is the founder of The Pegasus Film Festival which supports, promotes, and inspires young filmmakers in Texas to produce impactful works in cinema. Additionally, she acts as curator for Women in Film’s Chick Flicks Film Festival.

The MAC Mission The MAC is a nonprofit organization that stands as a Dallas advocate for creative freedom offering the opportunity for experimentation and presentation of art in all disciplines. It supports the emerging and established artist’s role in society by providing a forum for critical dialogue with their audiences. This relationship is cultivated through education and innovative programming.