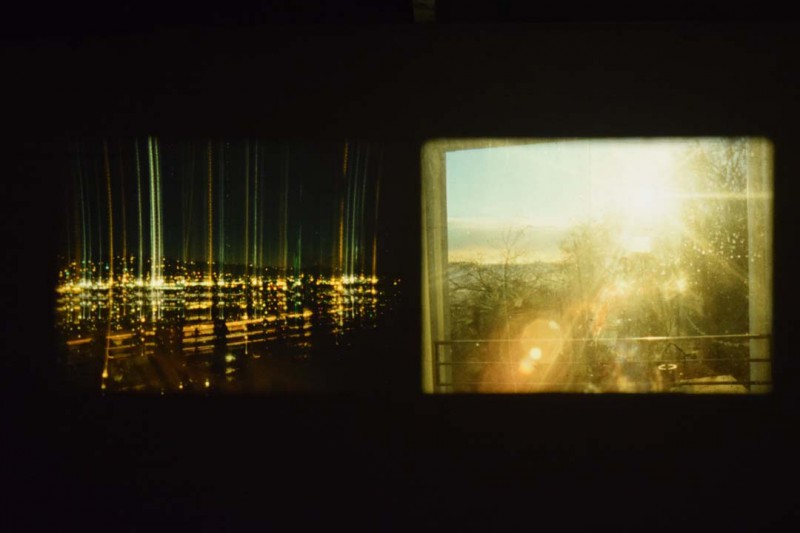 Venue and Lineup Changes
For Dallas Medianale Weekend
Fri, Apr 28 – Sat, May 27
UPDATE: All Dallas Medianale events scheduled at The MAC will be held at the Green Zone, located at 161 Riveredge Dr in the Design District. The exhibition opening scheduled for Fri, Apr 28 has been moved to Sat, Apr 29, 7-11 and now includes works by Australian artist Ian Haig (moved from Ro2 Art). Intermedia performance date has not changed.

See dallasmedianale.com for the full lineup at venues across Dallas

The MAC@Green Zone (161 Riveredge Dr) is pleased to be one of the hosts of the Dallas Medianale, a biennial exhibition presented by Dallas Video Association, featuring installations, performances, and screenings of experimental media at several venues across Dallas. The second installment of the acclaimed biennial provides a diverse selection of international and regional artists, presented through a weekend of events Thursday, April 27-Sunday, April 30 and a month-long exhibition and public art installation at The MAC@Green Zone Friday, April 28-Saturday, May 27.

Eve-Lauryn Little Shell LaFountain’s work investigates urban indigeneity, ceremony, tradition, landscape, spirits, light, and photographic mediums. Giizis Mooka’am (Sun/Moon Rise) is a 16mm film project made as part of LaFountain’s previous series, Waabanishimo (She Dances Till Daylight). The film, with sound by Jon Almaraz, is made in two parts – Giizis Mooka’am: Giiwe (Sun/Moon Rise: She Goes Home), and Giizis Mooka’am: Waabanishimo (Sun/Moon Rise: She Dances Till Daylight) – and will be shown as dual 16mm projections. The titles are in Ojibwa with English subtitles. These films bend time and collapse the space between the artist’s current home, Los Angeles, and former home, Santa Fe—the ghost world and the world of the living.

Eve-Lauryn Little Shell LaFountain is a Los Angeles-based multimedia artist from Santa Fe, New Mexico. LaFountain’s work investigates her mixed Jewish and Turtle Mountain Chippewa heritage, Feminism, ceremony, history, tradition, and photographic media in the contemporary world. Her films have shown in festivals and venues across the country and abroad, including Ga ni tha on the occasion of the 2015 Venice Biennale, ImagineNATIVE Film and Media Festival in Toronto, and the Smithsonian’s National Museum of the American Indian in New York. LaFountain’s photography has shown extensively and has won numerous awards, including the Ebner Trophy for International Excellence in Photography, and, in 2010 she was the first photographer to win the Santa Fe Indian Market Best of Classification award. Her first solo museum exhibit was mounted at the Museum of Contemporary Native Arts in the fall of 2015. LaFountain is a co-op member at the Echo Park Film Center, where she teaches 16mm film classes and curates screenings. She holds a BA from Hampshire College where she studied Experimental Film, Photography, and Native American Studies. In the spring of 2014 she received a dual MFA from the California Institute of the Arts in Photography/Media and Film/Video. She currently manages the film school equipment facilities and is teaching alternative photographic processes at CalArts.

Sean Miller is an artist working with video, sculpture, installation, live media, performance, and sound art. His work is a synthesis of media, which explores embodiment, dynamical systems, and synesthetic relationships. He is currently teaching New Media and Creative Computation at Southern Methodist University and the University of North Texas, where he received his Masters of Fine Arts in 2014.

Ian Haig works across media, from video, sculpture, drawing, technology based media and installation. Haig’s practice refuses to accept that the low and the base level are devoid of value and cultural meaning. His body obsessed themes can be seen throughout a large body of work over the last twenty years. Previous works have looked to the contemporary media sphere and its relationship to the visceral body, the degenerative aspects of pervasive new technologies, to cultural forms of fanaticism and cults, to ideas of attraction and repulsion, body horror, the defamiliarisation of the human body and cartoon abjection. His work has been exhibited in galleries and video/media festivals around the world. Including exhibitions at: The Australian Centre for Contemporary Art, Melbourne; The Ian Potter Museum of Art, Melbourne; The Experimental Art Foundation, Adelaide; The Australian Centre for the Moving Image, Melbourne; Gallery of Modern Art, Brisbane; The Museum of Modern Art, New York; Artec Biennale – Nagoya, Japan; Centre Georges Pompidou, Paris; Art Museum of China, Beijing; Museum Villa Rot, Burgrieden-Rot, Germany. In addition his video work has screened in over 120 Festivals internationally. In 2003 he received a fellowship from the New Media Arts Board of the Australia Council and in 2013 he curated the video art show Unco at The Torrance Art Museum in Los Angeles.

Performance artists:
Kristin Reeves has shown her interdisciplinary work internationally in museums, galleries, theaters, art events, and festivals such as the Museum of Contemporary Art Chicago, Microscope Gallery (Brooklyn), and was included in the 26th European Media Art Festival’s Best of the Festival program (Osnabrück). She has also collaborated in over 20 multimedia performances including the Tony Fitzpatrick American Trilogy and its epilogue, The Midnight City, at the Steppenwolf Garage Theater. Currently she is an Assistant Professor of Photo/Video/Intermedia Art at Ball State University where she can be found laser cutting 16mm film and managing her always-expanding projector collection. She earned her BFA in Fine Art Photography from Ball State University (2001) and her MFA in Art & Technology from the University of Florida (2012).

Dallas Ambient Music Nights is a monthly showcase of ambient and experimental electronic music founded and curated by Cody McPhail in January 2015. In the last two+ years, DAMN has been an important outlet for the increasingly vibrant experimental music community in Dallas and has notably paired its group of regular video artists with musicians to create an immersive space for contemplation and communal experience. This will be the 24th installment in the showcase.

Giizis Mooka’am
Giizis Mooka’am (Sun/Moon Rise) is a 16mm film project made as part of the Waabanishimo (She Dances Till Daylight) series. These films bend time and collapse the space between Los Angeles and Santa Fe, the ghost world and the world of the living. The titles are in Ojibwa with english translation. Part 1: Giizis Mooka’am: Giiwe (Sun/Moon Rise: She Goes Home) Part 2: Giizis Mooka’am: Waabanishimo (Sun/Moon Rise: She Dances Till Daylight) Sound by Jon Almaraz 16mm film Los Angeles, CA and Santa Fe, NM, 2016 Shown as a single channel 16mm film at the Echo Park Film Center in February, 2016. Installed as a dual monitor video display at the Museum of Contemporary Native Art in Santa Fe, New Mexico in the fall of 2015. Installed as dual 16mm projections at Automata Gallery in Los Angeles in the summer of 2015. Funding provided the inaugural Mike Kelley Artist Grant and Echo Park Film Center with additional support provided by the California Institute of the Arts Faculty/Staff Project Grant

The MAC Mission:
The MAC is a nonprofit organization that stands as a Dallas advocate for creative freedom offering the opportunity for experimentation and presentation of art in all disciplines. It supports the emerging and established artist’s role in society by providing a forum for critical dialogue with their audiences. This relationship is cultivated through education and innovative programming.